The Woodleigh Residences <桦丽居> is a New Integrated Development located next to Woodleigh MRT Station developed by SPH Holdings and Kajima Development in the highly-coveted Bidadari estate.

The project contain the residential condominium (The Woodleigh Residences), a Retail Mall (The Woodleigh Mall), a Community Club, a Neighborhood Police Centre, a Underpass connecting the Bus Interchange and a Commercial Link Bridge to Budadari Park & Alkaff Lake. Back in June 2017, the government land sales of the land parcel for this upcoming project was won with the partnership bid of S$1.132 billion – topping bids by eleven other contenders. It garnered much attention from top Asian property developers due to its prime location next to the Woodleigh MRT Station.

In addition, there are several other locational benefits for prospective residents and investors that will be delved into in more detail below. The location for the development offers numerous benefits to future residents, some of which include those other commercial amenities that will be built onsite, as well as other Bidadari New Town facilities such as schools, shopping centres, and access to transportation. 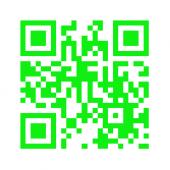